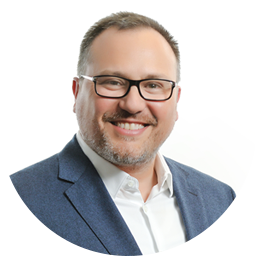 U.S. Citizenship and Immigration Services (USCIS) announced new policy guidance due to two recent court case decisions from the Attorney General (AG). On October 25, 2019, the AG’s decision in these two cases altered the determination of Good Moral Character (GMC) in the realm of immigration by vacating previous precedent.

USCIS utilizes GMC when determining the fitness of an immigrant’s eligibility to become a natural citizen. USCIS defines GMC as “character which measures up to the standards of average citizens of the community in which the applicant resides,” (1) which ensures the applicants do not have any serious criminal conviction(s), lengthy sentencing due to the resulting conviction(s), or any charges or convictions of qualified-unlawful acts during the statutory period of 5 years immediately preceding their naturalization application (5, 7). USCIS will also take into account an applicant’s entire time in the U.S. and their conduct history, including any of the permeant disbarment crimes like “aggravated felonies” (3, 5).

In the Matter of Castillo-Perez, the AG determined that two or more DUI (driving under the influence, driving while intoxicated, operating under the influence, etc.) convictions during the statutory period will affect an applicant’s GMC, even stating efforts to rehabilitate may be insufficient (6). Due to the nature of DUI offenses, repeated offenses of this crime now create a presumption that the applicant lacks the proper GMC to be a contributing and “average” citizen in their community. Applicants can submit evidence to overcome this presumption with evidence they maintained GMC during the period within they committed the DUI offense(s), but depending upon the sentencing and threshold for convictions set forth by Immigration and Nationality Act (INA), the resulting convictions may in turn provide the officer the proper justification to deny their eligibility (5, 6).

In the Matter of Thomas and Thompson, the AG determined that the definition of “term of imprisonment or a sentence” refers to an immigrant’s original criminal sentence, as was decided in the Matter of Pickering. Thus, post-sentencing orders that change the original criminal sentence will only be relevant if they are based on an error in the criminal proceeding, and not on “unrelated merits,” such as the applicant’s rehabilitation or to decrease immigration hardships (8). For example, if a State Court alters the sentencing of a crime with a standard sentencing of 5 years to 3 years post-sentencing, regardless of the reasoning in the State order (“amendment,” “clarification,” etc.), this resulting new order has “decreased the immigration consequence unfairly,” and thus the immigration officer will take into account the original sentence when determining GMC.

These new policy implementations seem to keep on par with this administration’s focus to decrease the number of eligible immigrants that fit into their “best and brightest” motto.